One of the greatest tragedies of our time is knowing that the world is filled with beautiful landscapes that are disappearing. Changes to weather patterns, an increasing population, erosion, and time are continually changing the world around us.

The best we can do is visit the incredible landscapes of the world while there’s still time. Here are some of the world’s best otherworldly landscapes to visit while you can.

The Tuscan region of Italy offers the best of the natural and human world. This area is where the Renaissance movement was born, and boast incredible art and medieval architecture, unlike any other place on Earth (other than Rome perhaps!). The picturesque rolling hills dappled with vineyards and farms make the perfect destination for a villa with a view, and the dining and culture make it a culinary paradise.

Unfortunately, even the strongest of ancient structures are forced to contend with the test of time. Tuscany is home to numerous abandoned villas and buildings, passed through generations that have fallen into disrepair. Some of these landmarks are being scooped up and turned into tourist attractions and resort hotels. Sammezzano Castle, for example, stood empty for decades. This Moorish and Roman-inspired estate was recently purchased and is being refurbished to become a luxury hotspot.

While tourism has long driven the Tuscan region, there is concern about how much this area will change in the coming years. Go now and see it in all of its majesty.

The Dead Sea is a peculiar place. It’s known for its incredibly high levels of salinity, which visitors use to relax and float on the water’s surface. The salt levels are so high that nothing can live there, and it can even change your hair color. The Dead Sea is the lowest point on Earth and surrounded by beautiful sweeping desert vistas.

Unfortunately, the Dead Sea is shrinking. The water level is falling at a rate of three feet per year, with sinkholes appearing by the thousands in the area. It’s hard to say if this astonishing landscape will live to see the next decade. After the Vatican, Nauru is the smallest country in the world. It’s home to fewer than 14 thousand people and has plenty of beautiful sights packed into its eight square mile geography. This quaint island is located in the beautiful waters of Micronesia and is one of the least visited places in the world. Still, it’s at risk due to unsustainable phosphorous mining in the area.

In addition to walking around the entire island, you won’t want to miss Anibare Bay. This sensational white sand beach overlooks turquoise waters where you won’t have to battle with other tourists for a spot. The Central Plateau is home to mysterious rock formations and abandoned machinery from the mines.

The dark political side of the island is contradictory to the overwhelming beauty of this tiny nation.

There’s a common misconception that South America is a hot, tropical destination. While that notion is true in some areas, as you start to gravitate toward the South Pole and away from the warmth of the equator, things get chilly.

The Patagonian ice fields span over Southern Chile and Argentina. This expanse of ice is the second largest in the world. However, the ice is melting at an exponential rate, currently averaging at six feet per year.

In addition to exploring the massive Perito Moreno glacier, you’ll also want to kayak through the mysterious marble caves. The minerals in these stones paired with the vibrant glacial water create an enchanting, otherworldly effect you’ll want to see for yourself. 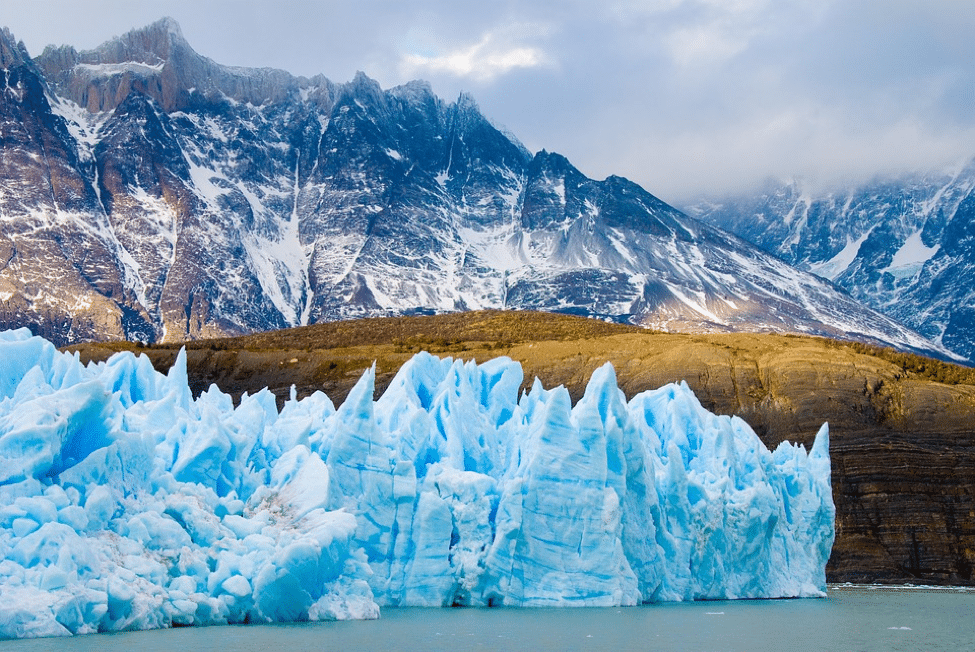 California has a lot of incredible landscapes. From the coastal highways to the towering redwood forests in the North, the Golden State is vast and multifaceted.

Big Sur is a coastal stretch that reaches from the Carmel Highlands to San Simeon. The highway is encompassed by scenic mountains to one side and sweeping views of the Pacific shoreline on the other. Like many of the exalted areas of California, Big Sur is being razed by wildfires, landslides, and flooding.

The best time to explore this area is in the spring and early summer, before the heat kicks in. Camp in the woods, hike along the shore and enjoy this part of the world before it’s gone.

From coast to coast and continent to continent, there’s beauty to be found and explored. Take nothing but photos and leave nothing but footprints when you enjoy these otherworldly landscapes.

CHESTER likes to publish content from travel experts and enthusiasts who can provide unique and useful perspectives. This is a great opportunity for our readers to learn from you, and for you to get exposure to our readers and our syndication partners. Feel free to email us for more information: [email protected]

Sky-High Anxiety: How to Overcome Your Fear of Flying